How the Bachelor Pad Changed Men’s Role at Home 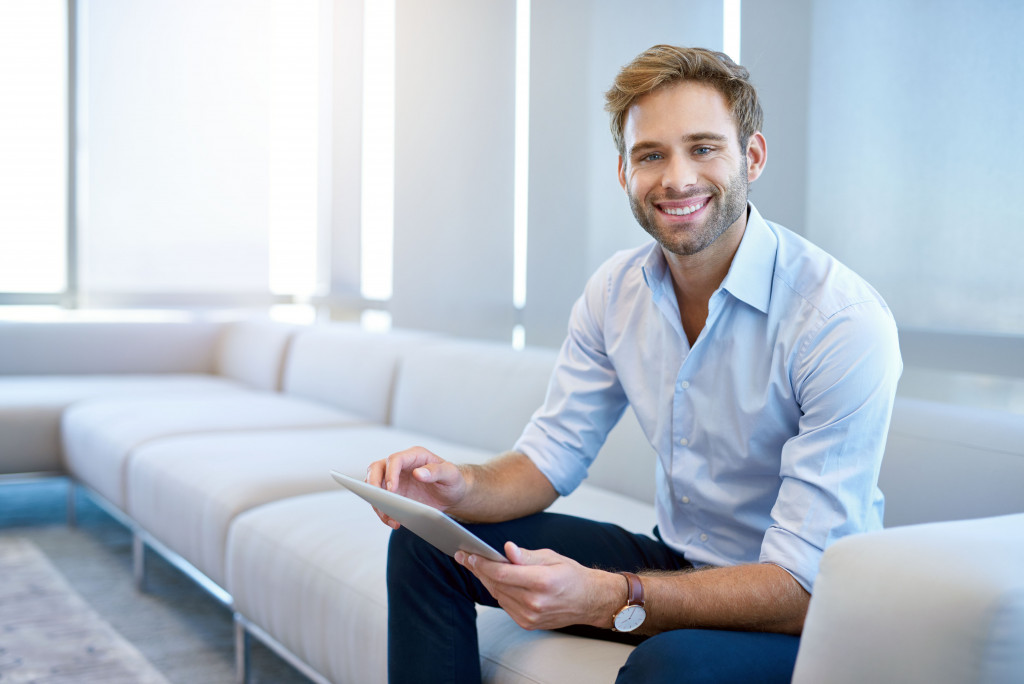 When we think of the perfect bachelor pad, we think of many things. A great classic example today is Christian Grey (played by Jamie Dornan) of the Fifty Shades of Grey trilogy. Donning his sleek suits and a steely expression all the time, he exemplified the ideal man who rules his bachelor pad.

Independence and style—these are the qualities that are always present in a bachelor pad. This kind of living showed to the world how a man could take control of his own home. It’s no longer just a place that’s decorated by other people—women, especially. Here’s how the bachelor pad changed the gender dynamic at home.

The History of the Bachelor Pad

Among the previously mentioned examples of men who live in bachelor pads is Hugh Hefner. It might even be hard for many people to think of the bachelor pad without imagining the iconic man in a deep red robe and with a cigar pipe in his mouth. During the early days of the Playboy empire that he built, he described who the ideal readers of Playboy are. Identifying as one of them, he said, “We like our apartment. We enjoy mixing up cocktails and an hors d’oeuvre or two, putting a little mood music on the phonograph and inviting a female acquaintance for a quiet discussion on Picasso, Nietzche, jazz, sex.”

Hefner passed away in 2017 at 91 years old. But a significant part of his legacy is the idea of a bachelor who is independent, successful, adventurous, cultured, and elegant. And this bachelor exhibits this quality perfectly through the bachelor pad that he created for himself.

The Traditional Gender Roles Before the Bachelor Pad

Admittedly, the traditional gender roles at home prevailed even after the bachelor pad became part of our culture. It’s embodied by pop culture. A great example is one of the most-watched sitcoms in American in the 70s: All in the Family. In this show, Archie Bunker, the father and husband, was the head of the household. But he’s only as such in the sense that he provided financial support and was the main decision-maker of any major endeavors in the family. But it’s his wife, Edith, who dominated the actual household. She decided how to decorate and maintain the home, what food will be on the table for the day, and made sure that everything was in order. Archie, on the other hand, only came home after a long hard day at work, relaxed on his chair, ate his meals, and slept—only to repeat everything the next day.

But, in some societies, men in a bachelor pad shifted this dynamic. Yes, many of them might have hired help. And if stereotypes prevailed in their household, the hired help would also be a woman. But it’s still different. Because men no longer live under the roof of their parents’ house and they’re not dedicated yet to a family of their own, they had free rein over their home. They decided what food they’d like to eat and beverages they’d like to drink. They decided on the decorations, from investments such as artwork to indoor doormats ordered online

The Aesthetic of the Bachelor Pad

As described by Hefner, the bachelor pad is the center of modern culture, style, and freedom. If men were to really channel their inner Hefner, then their home would be in a penthouse in the heart of a city. It would have sunken living rooms where the furniture is sleek and minimal. It would have a circular bed in the bedroom, maybe even with a mattress filled with water. There might be modern artworks by the likes of Jean-Michel Basquiat and Andy Warhol. But if they’re not into investing in art, then they might have invested in technologies such as a huge TV, a surround sound system, and the latest gaming consoles.

In this kind of home, there are no quilts, flower patterns, and pastel colors—design elements that their mother might have picked out in their childhood homes.

Because bachelors are usually more focused on their careers and social lives, many might think that they don’t really think much of their home. In a way, this is true. But the fact that they live in a bachelor pad is a testament to how they’ve come a long way from the traditional gender dynamics that were setup mostly in suburban households. In a bachelor pad, they truly are creating their own home on their own terms.